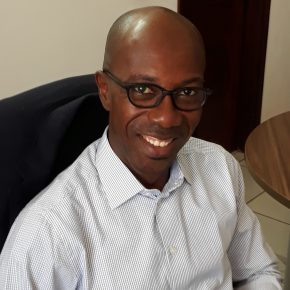 Youssouf N’djoré is WCF’s Côte d’Ivoire Country Director and Social Development Director, responsible for managing relationships and dialogue with the Ivorian government, supporting country-level implementation of key WCF initiatives, and serving as head of the WCF Abidjan office. In addition he brings broad knowledge and expertise in the areas of community development, women’s empowerment, education and combating child labor. He provides oversight and support to CocoaAction’s strategy on community development and manages the Transforming Education in Cocoa Communities (TRECC) Phase II program, which is supported by the Jacobs Foundation. Youssouf is an agronomist with 22 years of experience in rural development in Côte d’Ivoire.

Youssouf began his career in 1995 at the National Bureau for Studies and Development of Côte d’Ivoire, and later served in the Prime Minister’s Office, where he implemented a holistic and participatory approach toward rural development as the Planning, Training and M&E Manager of the National Project for Land Management and Rural Equipment. In 2002, Youssouf joined the precursor to Le Conseil du Café-Cacao and supported capacity building and organization among cocoa farmers. He was again appointed to the Prime Minister’s Office in 2005, where he served as the National Coordinator of the “Oumé Child Labor Monitoring System” (SSTE) pilot project. Subsequently, he served as the Certification Director of the SSTE Executive Secretariat, where he led national certification efforts across cocoa-producing areas of Côte d’Ivoire.

Youssouf graduated from the National Higher School of Agronomy, Yamoussoukro, Côte d’Ivoire, and has an Executive MBA from the University of Quebec at Montreal.

The Business Case for Village Savings and Loans Associations

As a social development professional and an advocate for women’s empowerment, I am thrilled to see that Village Savings &… Read More

Empowered Women Can Change the World, and Cocoa-growing Communities

Each year, on International Women's Day, we celebrate women in our societies. As Social Development director at the World Cocoa Foundation (WCF), it is my job every day to make sure the potential of women in cocoa growing communities is fulfilled. Read More