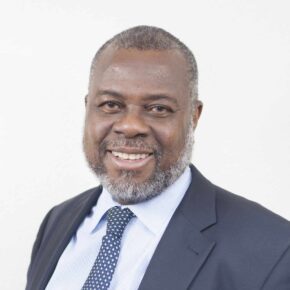 Samuel K. Gayi was a Director and Head of the Special Unit on Commodities (SUC) at the United Nations Conference on Trade and Development (UNCTAD), Geneva, until his retirement in June 2017. Previously, he was Principal Planning Economist and Acting Manager of the African Development Bank in Côte d’Ivoire. He has spent many years teaching and researching and has published on a wide range of development issues, including trade diversification, structural adjustment and poverty, commodity dependence, financial sector reforms and domestic financial resources mobilization.

He coordinated, and contributed to three UNCTAD flagship publications, including, The Least Developed Countries Report (1995-1999); Economic Development in Africa series (2003-2008).  On becoming the Head of the SUC in 2011, he introduced and coordinated the production of a new biennial UNCTAD report on Commodities and Development (2013-2017). Under Samuel’s leadership, UNCTAD’s Global Commodities Forum, a high-level multi-stakeholder platform on commodities and development, had provided opportunity for deeper examination of equity and other issues facing countries heavily reliant on trade in major commodities. He was member of the Senior Steering Group of the UN Secretary General’s High Level Task Force on the Global Food Security Crisis. He also coordinated UNCTAD’s participation in the UN Secretary General’s Zero Hunger Challenge.