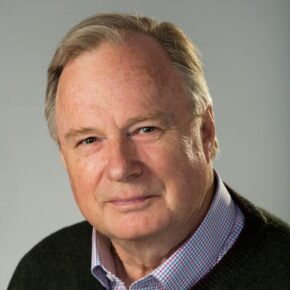 Roger Leakey was Professor of Agroecology and Sustainable Development of James Cook University, in Cairns, Australia (2001-2006); Head of Tropical Ecology at the Centre for Ecology and Hydrology in Edinburgh, UK (1997-2001) and Director of Research at the International Centre for Research in Agroforestry (now the World Agroforestry Centre 1993-1997). Currently he is Vice President of the International Tree Foundation, a UK registered charity and Vice President of the International Society of Tropical Foresters. He has written over 400 publications including several books including “Living with the Trees of Life” (2012) and “Multifunctional Agriculture – Achieving Sustainable Agriculture in Africa” (2017).

He was born and brought up in Kenya and the educated in England before becoming an agriculturalist (NDA and CDA from Seale Hayne Agricultural College (1964-67 including 18 months practical farm work in England, Sweden and Scotland); B.Sc. Hons. in Agricultural Botany (University of Wales 1967-1970), Ph.D. in the physiology of perennial weeds (University of Reading 1970-1974). He was awarded a D.Sc. by the University of Wales in 1998 for his research on the domestication of tropical trees, working at the interface of many disciplines (agronomy, plant physiology, genetics, ecology, forestry, horticulture, social science, food science). He holds a number of fellowships including the Royal Geographical Society (FRGS) and the World Agroforestry Centre.

Between 2006-2008, he was a Coordinating Lead Author in the International Assessment of Agricultural Science and Technology for Development (IAASTD). This Assessment examined the impact of agricultural knowledge, science and technology on environmentally, socially and economically sustainable development worldwide over the last 50 years. It suggested that to meet these challenges agriculture has to become more multidisciplinary and embrace food production within a more holistic and integrated approach to achieving environmental, social and economic goals.