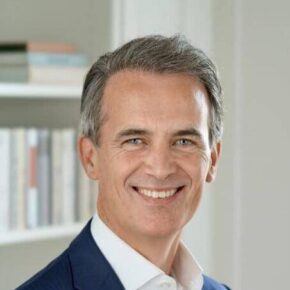 Peter Boone joined Barry Callebaut as Chief Innovation Officer and member of the Executive Committee in 2012. He assumed additional responsibility for Quality Assurance as of June 2013 and for Sustainability as of November 2015. In 2017, he took over the position of President & CEO Americas.

Peter Boone started his career at the Information Services division of ITT Corp., where he worked in various marketing roles. In 1996, he joined Unilever as a Strategy Analyst at the head office in Rotterdam, Netherlands. Peter Boone also held other positions at Unilever such as Global Vice President Brand Development at the Unilever Headquarters in Rotterdam, Netherlands, and Vice President Marketing & Sales Latin America Foods Solution based in São Paulo, Brazil. From 2010 to 2012, Peter Boone worked with Unilever as Chief Marketing Officer responsible for the marketing of all brands in all categories in Australia and New Zealand. He also was a member of the regional Executive Board.