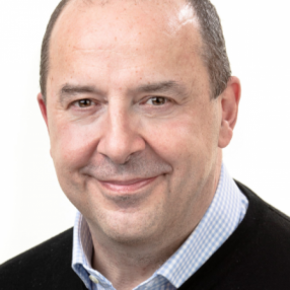 Paul Davis commenced his career in cocoa in 1987, qualifying as a floor trader for Pacol Ltd., part of the Gill and Duffus Group that merged into ED&F Man in 1988. He served as Managing Director of ED&F Man Cocoa Ltd from 1997 until 2006, before joining Tropix Capital, part of Ospraie Wingspan in 2006 in both Connecticut and London until 2012 when he joined the Noble Group as Director and Global Head of Cocoa.

He then joined Sucres & Denrées in 2016 to take over as Head of Cocoa in its Paris Headquarters. Notably, he rejoined the ECA Board as a trade member in 2018 serving as vice chairman from 2019, and in June 2022, Davis was elected as ECA President for a two-year term.

Furthermore, he served on the Council of the Federation of Cocoa Commerce from 1999 to 2009, as Chairman from 2006, elected for a second term in 2018. Additionally, Davis also served as a Director of the European Cocoa Association from 2000 to 2006 and as Chairman of the Cocoa Advisory Group for LIFFE from 1999 to 2006.  Mr. Davis currently serves as a member of the Cocoa Advisory Group to ICE and on the board of the World Cocoa Foundation which he joined in 2019.