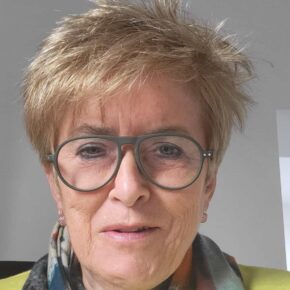 PAM THORNTON is an experienced physical cocoa and coffee trader with an in-depth understanding of the entire supply chain. Her work has included setting up and managing export operations for large trade houses in many origins – West Africa, Asia and Latin America – in order to supply leading global chocolate manufacturers and coffee roasters. Growing up in under-developed countries she was always most comfortable out in the field looking at crops and economic conditions which made her more or less unique among high profile traders.

For 10 years she worked as an asset manager identifying agronomic, economic and political factors that could impact the value of commodity investments over the medium and long term. Despite the successful performance of the CC+ Fund it closed in 2018 as commodities became “out of fashion”. Since then she has been engaged on various consultancy assignments that include troubleshooting non-performance at origin; recovering debt; feasibility studies on construction of factories etc. She has personal investments in a cocoa farm in Brazil and a fruit farm in West Africa.

She was an initial member of the Global Issues Group – the cocoa industry think-tank established in 2000 to deal with the allegations of abusive labour practices within the cocoa supply chain. She was prominent in citing poverty and geo-political factors behind the issues and cautioned about the difficulty of a single food industry being able to eradicate them. At Armajaro where she worked for 15 years she was part of the push for introducing traceability within company supply chains as a necessary first step towards addressing customer concerns on ethical and food safety issues. The Sourcetrust prototype in Ghana became the first large scale traceability model for the industry.

Pam is a former Chairperson of the Cocoa Merchants’ Association of America MAA, and a long-time and current member of both ICE’s Cocoa and Coffee Committees and various panels of the International Cocoa Organization (ICCO). She lectures at the annual FCC training program for industry newcomers, is on the board of Cocoa Research UK and regularly presents at conferences/webinars providing a “reality check” for the chocolate and coffee industry on trends involving production, demand, supply chain problems, the need and potential for modernizing farms and most importantly, price. In 2019 she appeared in the Netflix “Rotten” series on Cocoa.