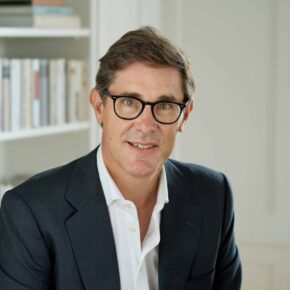 Pablo Perversi (1970) was appointed to the position of Chief Innovation, Sustainability & Quality Officer and Global Head of Gourmet, effective September 1, 2018. He has been a member of the Executive Committee of Barry Callebaut since September 1, 2017, serving as Chief Innovations & Quality and Sustainability officer for a year before assuming the additional responsibility for Global Gourmet. Before joining Barry Callebaut, Pablo Perversi worked for Unilever as Vice President Foods Europe, a business made of more than 50 brands in Europe, serving 370 million consumers. In this position, he was also a Unilever Europe Executive Team member, a Global Foods Executive Team member and a Vice President for Culinaria Europe. From 2011 to 2014, he was Vice President Foods SEAA and Unilever SEAA Executive Team member.

Pablo Perversi started his career as a Trainee at Unilever in 1993 in finance and since then has had many different leadership positions for different category roles (Tea, Savoury, Spreads and Cooking, Frozen foods & IC) across the world (UK, ARG, NL) as well as Sales and Country and Regional P&L roles (SP, MX, NL, SING). During these years he has had a deep exposure to B2B as well as  B2C in foodservice models. Pablo Perversi has also been advisor to the Minister for Sport in Argentina and has been involved in academia both teaching and collaborating with different universities and institutions. Pablo Perversi is a member of the board of WBCSD Food & Nature Program as well as OP2B.

Pablo Perversi has two degrees in Industrial Engineering and Economics from the University of Birmingham. As well as many courses done throughout his life, he holds an accreditation from Cambridge University in Sustainable Leadership.