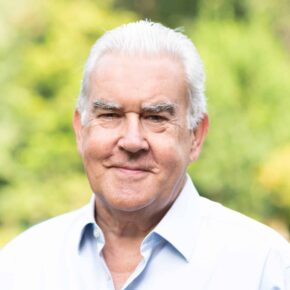 Martin Short was appointed President of the World Cocoa Foundation in September 2021. As President, Martin leads the strategic development of the organization, serves as the primary spokesperson on behalf of member companies, and leads the direction of the cocoa industry on sustainability priorities.

Martin has worked for more than 35 years as a leader in the non-profit and private sectors with a focus on domestic and cross border strategic planning gathered from experience in Investment Banking, Merchant Banking and Global Philanthropy. Driven by a desire to reduce social injustice in all its forms, Martin has a strong track record of forging alliances around common causes that bring together people and groups from diverse backgrounds.

A British national, Martin has lived in Africa, Asia and Europe and has a BSc in Marine and Freshwater Biology from Queen Mary, University of London.

Meet Martin Short, who just joined the World Cocoa Foundation as our new president. He discusses his background, his passion… Read More