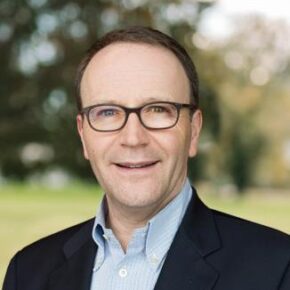 Mark Schneider became Nestlé’s Chief Executive Officer in January 2017. Together with the company’s 276,000 associates in 186 countries, he strives to enhance quality of life through the power of food with Nestlé’s 2,000+ brands.

Mark has worked with Nestlé’s Board and executive team to sharpen the company’s strategic focus on high-growth categories like coffee, pet care and nutritional health products. He has supported the company’s innovation efforts to bring new products even faster to market. Mark is actively engaged with the team in exploring healthy, delicious and nutritious products and enjoys trying new samples himself.

As part of its longstanding sustainability efforts, Nestlé committed to halve greenhouse gas emissions by 2030 and to reach net zero by 2050. On this path to a low carbon future, Mark is particularly passionate about the just transition to a regenerative agriculture and the support for farming communities in Nestlé’s supply chain.

Prior to Nestlé, Mark was CEO of the Fresenius Group from 2003 to 2016. He joined Fresenius in 2001 as CFO of Fresenius Medical Care. Between 1989 and 2001, he held several senior executive positions with the Haniel Group, a privately held, diversified German multinational company.

Mark is a member of the Board of Directors of Nestlé S.A., the World Economic Forum (WEF) Board of Trustees and its International Business Council, the European Round Table for Industry and the Board of the Consumer Goods Forum.

He has a graduate degree in Finance and Accounting and a doctoral degree in Business from the University of St. Gallen, Switzerland. He also holds an MBA from Harvard University.

Mark was born and raised in Germany. He became a U.S. citizen 2003.