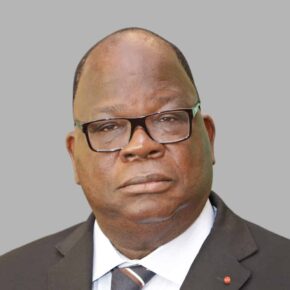 Laurent Tchagba holds a degree in hydraulics engineering from the Ecole Normale Supérieure des Travaux Publics (ENSTP) obtained in 1981 and a DEA in Applied Geology option Water Resources, obtained at the University of Paris in 1984. In 1988, he trained in Isotope Hydrology at the International Agency for Atomic Energy (IAEA) in Vienna, Austria.