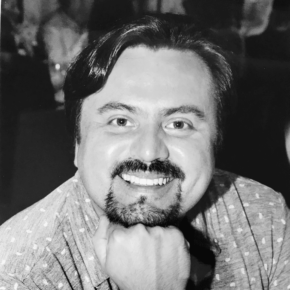 Dr. Jean-Philippe Marelli is the Senior Director of Integrated Pest Management for Mars Wrigley Confectionery.  Dr Marelli has a distinguished academic career obtaining his undergraduate degree in Agronomy at the Institute National Polytechnique in Toulouse, France, his M.S. from Imperial College in the U.K. and his Ph.D. in Plant Pathology from Pennsylvania State University in the United States. He also holds an international MBA in Project Management from FGV University in Sao Paulo, in partnership with the University of California, Irvine.

Jean-Philippe was born in Colombia but moved in his early years to Cameroon where he spent seven years before moving to France.

After his post-doc in Agri Food Canada, He joined Mars in 2009 as a Plant Scientist at the Mars Center for Cocoa Science, located in Bahia, Brazil where he became Science Director in 2012 and led many projects on cacao breeding, fermentation and pathology. In 2016, Jean-Philippe relocated to Miami, FL to manage a corporate innovation program dedicated to revolutionizing the cacao supply chain.

In 2018, Jean-Philippe became the Sr Director for Integrated Pest Management and moved to the Mars Wrigley Plant Sciences Hub located in Davis, California from where he leads a team globally distributed in the US, Australia, Indonesia and Ecuador.