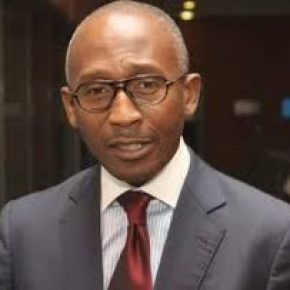 After training as an engineer in management and accounting and financial IT, Mr. Abou Dosso began his career as an accountant, financial and IT auditor at the firm PricewaterhouseCoopers in Abidjan (Côte d’Ivoire), and has, as part of his rich professional career, embraced various fields of activity.

Indeed, after having acquired a solid experience in the management of industrial companies by successively cumulating the positions of Managing Director of Karité SA (Coffee-cocoa trading) and Deputy Managing Director LCCI SA (Cotton industry), he was Technical Advisor at the Ministry of State in charge of the Reconstruction and Reintegration Program of his country then, for 10 years, from 2007 to 2017, Deputy National Authorizing Officer of the European Development Fund and National Coordinator of the Coordination Unit for Coastal Cooperation d’Ivoire – European Union.
In 2017, he was appointed Deputy Permanent Representative of Côte d’Ivoire to the European Union in Brussels then Ambassador, Head of the Mission of Côte d’Ivoire to the European Union and to the European Community of Atomic Energy.

Since December 2019, Mr. Abou DOSSO is the new Ambassador of Côte d’Ivoire to the Kingdom of Belgium and the European Union and the Ambassador to the Grand Duchy of Luxembourg, since September 30, 2020.