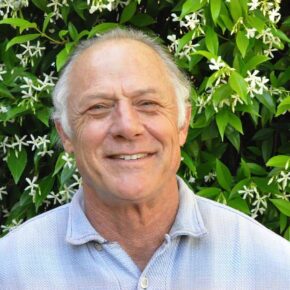 Gary Guittard is a fourth generation San Franciscan, who grew up in a chocolate factory on the waterfront of San Francisco. When Gary Guittard talks about chocolate, it is with a passion and purpose that is infectious. For him, chocolate is not just one of life’s most delightful culinary treats, it is his life – a life to which he was born as a fourth-generation member of a family that has been making chocolate in America since 1868.

As former chairman of the Chocolate Manufacturers Association, Guittard faced intense media scrutiny when child labor issues arose in 2001. Having familiarity with various cocoa-growing regions in the world, he helped mobilize the industry in addressing allegations that threatened the very foundation of the chocolate manufacturing industry. During his tenure as chairman, he oversaw the establishment of the World Cocoa Foundation, which evolved from ACRI, previously part of the CMA.

Under his guidance, Guittard Chocolate has continued to thrive, pushing innovations in product, industry and sustainability. Guittard is an industry leader in his efforts to promote sustainability of the environment of the cocoa growing regions and the well-being of cocoa workers. In 2007, he led the fight against the proposal to add vegetable fat to chocolate by establishing a grass roots petition and website, “Don’t Mess With Our Chocolate.” The petition garnered international support and the proposal was eventually dropped. He is a former chairman of the National Confectioners Association Chocolate Council. He is a founding member of the Heirloom Cacao Preservation group. He is a recipient of the acclaimed Candy Industry Kettle Award, the Fine Chocolate Industry Association Lifetime Achievement Award, the Western Candy Conference Harvey Barrett Award, an inductee into the Candy Hall of Fame and the Specialty Food Hall of Fame.

Gary Guittard is committed to the chocolate he produces, his fellow workers, customers, suppliers, farmers, the industry as a whole and mentoring Guittard Chocolate’s 5th generation.