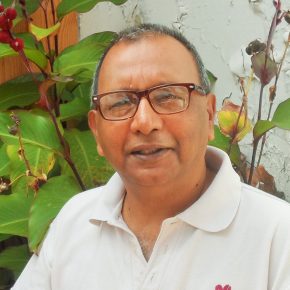 His experience of working with different private and public stakeholders in the cocoa sector has been built over 25 years through a succession of projects in Nicaragua, Haiti and Dominican Republic. As early as 1986-88, he was part of a team at the Ministry of Agriculture in Nicaragua to develop the first National cocoa plan. Later in 2006, as a consultant for the Presidential Committee of Competitiveness, he carried out multi-sectorial analysis in the cocoa growing territories across Nicaragua and designed the National program for improvement of cocoa productivity and quality. In 2012, he worked with a regional Civil Society Organization (SIMAS) to develop a series of training guides to foster sustainable cocoa agroforestry systems which has now become a public good promoted by LWR and USAID. During 2013-2016, as a Scientist, Research for development (CIAT) he worked with local organizations in Nicaragua, Haiti and Dominican Republic to develop an integrated toolkit for improved decision making in cocoa farms.

Falguni Guharay was born in India. He holds a B.Sc. (Hons.) in Agriculture and Animal Husbandry from G.B. Pant University of Ag & Tech, India, a M.Sc. in Entomology from Indian Agricultural Research Institute, a Ph.D. in Zoology from Nottingham University, UK and a Post doc in Biophysics from the State University of New York, USA. He moved to Nicaragua and has lived there since1985.

Mapping the Impact of Climate Change on Central America’s Cocoa

The Feed the Future Partnership for Climate Smart Cocoa  (CSC) program, supported by USAID and the… Read More

Is All Cocoa Agroforestry Sustainable and Climate-Smart?

Central America grows less than 1% of the global cocoa production, but is seen as a high-potential region for fine… Read More