CocoaAction is a voluntary industry-wide strategy that aligns the world’s leading cocoa and chocolate companies, origin Governments, and key stakeholders on regional priority issues in cocoa sustainability. CocoaAction convenes the sector in order to align complementary roles and responsibilities, leverage scale and efficiency through collaboration, and catalyze efforts to accelerate sustainability in the cocoa sector.

The World Cocoa Foundation acts as the convener and strategy holder for CocoaAction, facilitating the implementation of this voluntary industry-wide strategy, driving alignment and generating new insights to amplify its impact. For more information on CocoaAction or how to get involved, contact Nira Desai, Director, Strategy, Policy, and Learning. 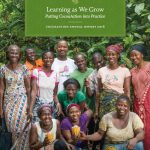 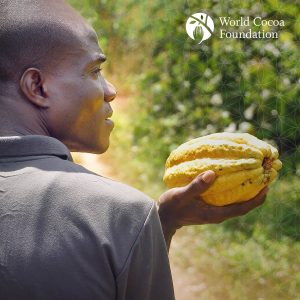 The first CocoaAction Annual Report details the progress made to date to accelerate sustainability in the cocoa sector.

The second CocoaAction Progress Report details the importance of collaboration among companies and how they are working together on uniform measures for progress.

The first report documenting the progress of CocoaAction was launched in March 2015. This report conveys the progress toward alignment – a position of agreement or alliance. With CocoaAction, alignment means getting the cocoa and chocolate industry to agree on a strategy and working with government and other stakeholders so that all parties have a shared perspective on what is needed to accelerate sustainability in the cocoa sector. Future reports will document the progress of productivity and community development efforts.